Stuff is slowly but surely coming together. And by "stuff" I mean "awesome stuff".

People are coming on board. The RIGHT people. You know who you are. You, for example. Yes, you.

And so I'm thinking about what this thing is all about. I mean, of course there's dinosaurs, pirates, ninjas, monkeys and robots, and those pretty much speak for themselves, but really, what's in it for me?

Or perhaps even more importantly, what's in it for EVERYONE? Why bother?

So I'm working on a sort of MANIFESTO. A "What's the point of all this?" kind of document. Because as silly as the name is, and as ridiculous as the concept is, I really believe in DINO-PIRATES OF NINJA ISLAND. I think this is a new sort of thing, a sort of thing the world could use. It's still a work in progress, but here's what I think I'm trying to do:

Create a fully-realised setting -- a fantastic imaginary world filled with fascinating characters and evocative places for storytellers to build from -- shared through a Creative Commons model that allows anyone to contribute to and use DINO-PIRATES OF NINJA ISLAND in their own work.

So what does this do? Why would anyone want this? Well, it gives you:

But I can't possibly do it alone. I can do some writing here and there, design some game mechanics and maybe throw in an idea or two, but other people have to get involved for this to get anywhere. We'll need folks to pitch in on character development (art and writing), setting development (landscapes, cities, organizations, all that good stuff), editing, illustration, even programming and technology as we adapt tools like wikis and whatnot to our needs... 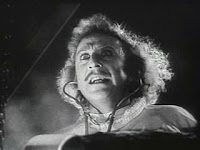 I'm reading Jono Bacon's "The Art of Community" which is helping concretize my ideas around what needs doing, and it's just getting me all the more excited.