Here's three models of how to run a campaign. Terminology borrowed, again, from other media. This is based on some of the discussion that came out of the game-runner's chat, again (shout out to Kirin for organizing it… you demanding attention whore, you.) This isn't exactly rocket science, but it helps to have this stuff spelled out and written down, as a take-off point to deeper discussion, hopefully.

Episodic: This is like a classic TV show. Each episode is a self-contained story arc, and events in one episode have little to no impact on what comes in subsequent episodes. Like The A-Team or Knight Rider (to use some examples from my childhood) if you missed an episode or two (or more) it didn't really matter, as long as you knew who the characters were, what the basic premise of the show was, and a few other key things like that.

Using this model for roleplaying games is a nice one, especially if 1) you're using published modules that don't necessarily have any linkages between them, and/or 2) characters (and possibly players) have a tendency to come and go, and the same cast of characters can't be counted on to be integral to each episode. I.e., if you've got someone who's attendance is spotty because of a difficult work schedule, working his character in on the nights that he's available is easy if you follow this model, as is assuming that said character simply isn't available on nights when the player can't make it.

Serial: This model, on the other hand, assumes that the campaign is one, giant narrative arc. Much more "real life" in feel, it's not broken up into discrete episodes, and stuff from the very beginning, or anywhere else throughout the campaign can be relevent throughout. This model isn't really well represented by other media, although shows like Lost or Alias probably come closest, since the "episodes" are discrete broadcasting chunks, but not necessarily episodes in the classic sense, with a discrete beginning, middle and end. This campaign model is best suited for very regular play with very regular players who really enjoy the unfolding narrative over time. As with non-episodic TV shows, if you miss an episode, you could be in trouble and quickly fall behind, becoming confused by the narrative flow that's gone on without you.

These two models are really the endpoints on a spectrum, though. I'm going to suggest a hybrid model that leans somewhat towards episodic campaign play, as the ideal model for most groups to adopt. While I'm at it, I'll add a few tips on how to mix and match a few of the good points of each opposite end of the spectrum to improve the experience a bit. Feel free to chime in on what you like and why; i.e., what strong and weak points does each model have, and how they can be improved.

Hybrid (episodic): This type of campaign is characterized by a strongly episodic nature, yet it does have some elements that tie the episodes together more tightly than merely repeating the same characters over and over again. Some examples from recent fantasy literature include Harry Potter and the Dresden Files; each book is self-contained, and includes its own major conflict, climax and denoument, but at the same time there is a thread of "metaplot" that goes through each episode; it's not recommended that you miss one or pick them up out of order, for instance, although if you did you could stumble through it OK.

This is a good model for, again, the group that doesn't always have the best attendence. For most adult gamers these days, that probably means you; real life and outside obligations tend to make the regularity of gaming sometimes spotty for folks, especially as they pick up careers, families, etc. The secret to making this work well, I believe, is to allow the episodic nature to take the forefront, but make a few recurring villains or conspiracies pop up from time to time. Don't be subtle with these references, as time and occasional missed sessions by some players may not make subtle ties evident. Have an end-game in mind for some point down the line, although that doesn't mean you need to be in a hurry to get there. As you approach this endgame, you can have threads start to come together and wrap up; in the meantime, feel free to let them dangle until you figure out what to do with them. Despite that, the "main" action of each episode needs to be under better control; I prefer to give these episodes a kind of narrative structure, with defined acts that are characterized by their place within classic story structure; i.e., a beginning, a period of rising action/tension, a climatic resolution to the main conflict of that episode, and a small denoument that closes out the episode, ties up loose threads that aren't meant to carry forward, and points a bit towards whatever action might be next on the horizon.

Adventure Paths, as published by Paizo, could be a good example of this. Each adventure is an "episode" but you're not really expected to play them by themselves; they fit into a greater framework made up of the entire adventure path together.

In theory, you could also do a hybrid (serial) which leans more towards the serial model, and which might be more appropriate for a game in which attendance is not a problem, and you play often and frequently. However, I think you still do things basically the same way in that regard, with just a decreased emphasis on "closing out" episodes. In fact, I think most of the campaigns I've run probably approximate this model more closely than hybrid (episodic), but my group has frequently been dogged by attendence issues; we don't always have exactly the same crowd every time we play, and it's not infrequent that the time between sessions stretches beyond two weeks. I think this has made running that kind of game more difficult for me, so I'm leaning more towards "closing out" each session (or two together, tops) as a kind of episode that still feeds into a greater, bigger plot, but which has a greater degree of closure at more intervals than what I'm running now.

So any tips from the peanut gallery on how to maintain that great X-files esque conspiracy model with a greater story emerging from play over time, yet with more discrete episodes, I'm interested in hearing it.

RPG Theory: Techniques from other media

Last night I participated in a chat/panel discussion on gamemastering with some other great DMs. One thing that I think happens frequently is that we understand something intuitively, but we don't really understand it intellectually. That kinda happened to me last night a little bit, and some concepts that I understood (and have even used) intuitively were spelled out for me intellectually in a way that I could better replicate them and understand how and why they work, I think.

One of those is the concept of the Fourth Wall in gaming. Part of the discussion turned to subtlety and transparency of things going on in the game. One very skilled and notable GM mentioned that he likes to keep things pretty opaque, because the "A-HA!" moments are a real thrill for all involved. However, a few people expressed that they'd had great success with making things more transparent and trusting that the players will maintain a Fourth Wall, i.e., keep their player knowledge separate from their character knowledge and play their characters "correctly" based on the knowledge that they would really know.


If you are going to do this, you miss out on some opportunities for surprise, tension, and whatnot, but at the same time, you gain different opportunities. One of the most notable techniques for any author of a book or screenplay who wants to develop tension is to create a gap between what the character knows and what the viewer (or reader) knows. Because the viewer or reader knows that something terrible is coming, when the character stumbles into it, blissfully ignorant, it creates a strong sense of tension. John Carpenter was famous for doing this in the first Halloween movie, for example... allowing the camera to pan over to where you could see Michael Myers standing there with a knife, while the unfortunate soon to be victim wanders about doing nothing to prevent it. 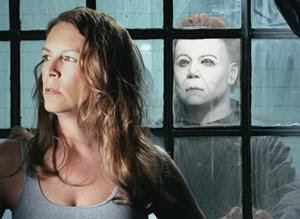 In spite of the fact that I hadn't really intellectually grasped that simple concept, I clearly had intuitively done so, because I'd done something similar in a crude way. Many TV shows with a horror vibe, like X-Files or Supernatural tend to start each episode off with a character who gets killed prior to the opening credits. I actually did this once in a campaign; the players had all made their characters, but rather than start playing with them right away, I gave them some temporary pregens. They I proceeded to kill them with a supernatural evil NPC that had very distinctive physical features. What the actual player characters later met this NPC, it worked wonders on the players themselves.


But those kinds of techniques only work with players who are willing to maintain the fiction of the Fourth Wall. As players, they're an interactive audience, but they certainly are not the characters themselves on the stage, and they need to keep their player and character knowledge discrete. Luckily, I've got players like that, both in my online games, and in my games at home when I run (we're starting another D&D campaign right now, where I'll be a player. That'll run at least for several months. Maybe I'll put a bid in to run again after that.)


Which brings me to my next thought. I meant this as a throwaway line, and I wasn't even sure how completely serious I was about it, but someone in the chat seemed to think that it sounded at least a little bit significant, and preserved it for posterity. I'm not necessarily interested in developing more breadth as a gamemaster; rather I'd like to continue to play with other folks who are already compatible with my preferred playstyle and develop more depth to that style. Make it the best iteration of that playstyle that I can. Do what I already do well even better, and not worry about what I'm not doing. Not only can one person not do it all, but there shouldn't be any reason why we feel the need to.
Newer Posts Older Posts Home
Subscribe to: Posts (Atom)