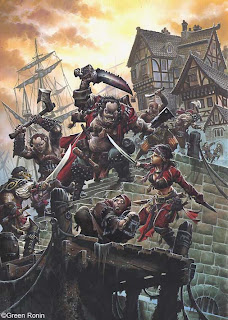 Re-edited, revised and re-posted from another blog, where I originally made this post before.

"Story Hours" are an interesting phenomena, particular to ENWorld, the premiere website and discussion forum for Dungeons & Dragons. It's an interesting concept; the whole "let me tell you about my campaign" writ large. Because the web as a forum is only semi-sensitive to audience reaction, it's possible for people to say an awful lot about stuff that you wouldn't be able to in regular conversation. Huge info-dumps, even.


This is how the "story hour" idea started; people wrote and posted logs of their games; what happened, in blow by blow detail. This later "multifurcated", if that's a word, into a number of styles. Some people use story hours as fairly sparse shorthand for what happened. Some people elaborate with recitations of dialogue, NPC vignettes, and other things that make the form more closely resemble "regular" literature. Some people are very strict about only including exactly what happened in game. Others are writing long after the fact, and are recreating from vague memories the details of the game in broad strokes.


In any case, a "market" for "story hours" developed at ENWorld to the point where a subforum was created specifically to cater to them, and some story hours have become big draws for the site.


One that I've always enjoyed is drnuncheon's Freeport Story Hour, a recitation of a playthrough of the original third edition Freeport Trilogy, and an interesting exploration of the setting, and urban fantasy gaming in general. In fact, when I've been asked (and it's come up a few times) how to do a successful urban fantasy campaign, one of the first things I do is point them to this story hour. It's a great example of a successful campaign set in a fantasy urban environment, where the adventures take place (often) within the city itself, instead of out in a "dungeon" somewhere. Since I strongly dislike the dungeon environment, this story hour piqued my interest more than most; urban intrigue is my personal bread and butter.


The story hour is also very breezily written; it settles into a more of a "semi-novel" style after a short stint as more of a "players log", with dialogue and good descriptions of action, and relatively few intrusive "gameisms" in the narrative. The author then does go on in other "out of narration" posts to give some interesting game info too. I could recommend a number of story hours---I've always been partial to barsoomcore's various efforts (of local fame, here on this very blog) for instance, and I've yet to meet anyone who didn't like jonrog1's or PirateCat's story hours---but for today, drnuncheon gets the honors of being recommended. I strongly suggest you check out the Dr.'s efforts.


In any case, I find the concept and phenomena of Story Hours fascinating; it's a new kind of writing that probably doesn't appeal to everyone, but to its target audience, it offers a genuinely unique experience. It also converges with some fantasy writing. A number of fantasy writers over the years have hinted that their novels and stories have evolved out of a gaming milieu (Raymond Feist, Steven Erikson, etc. I'm sure there's more that I can't think of off the top of my head) and this more direct tie to the hobby is, as I said, a very interesting phenomena.
Newer Post Older Post Home